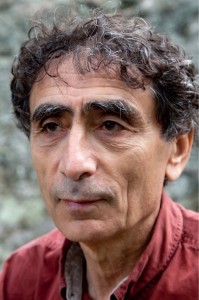 Addiction is one of the most perplexing and challenging of human habits. Why do some people become addicted to drugs, to alcohol, to gambling, to sexual activity, to tobacco, to overspending? And why is it that we seek such destructive ways to comfort ourselves?
And why is it so difficult to stop these habits, even as they threaten our health, jeopardize our relationships and corrode our spirits?
For more than 10 years Gabor Mate, M.D., was been the staff physician at the Portland Hotel, a residence and harm reduction facility in Vancouver, British Columbia. His patients are challenged by life-threatening drug addictions, mental illness, Hepatitis C or HIV -- and in many cases all four. In this video, he shares how the brain develops and why and how the drugs of abuse offer so much vitality and excitement, even to our detriment.Countering prevailing notions of addiction as either a genetic disease or an individual moral failure, Maté presents an eloquent case that addiction – all addiction – is in fact a case of human development gone askew, the importance of a non-stressed nurturing parent and the reality of trans-generational trauma.
He is the author of the bestselling books Scattered Minds, When the Body Says No: The Hidden Cost of Stress and now In The Realm of Hungry Ghosts - Close Encounters With Addiction.
Watch his lecture here; it is long but fascinating: 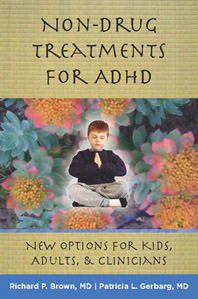 Alternative treatments are no longer on the fringe.
I've been preaching non-drug options for children who have problems with attention and hyperactivity for years, so I'm really glad to see the brand new book, Non-Drug Treatments for ADHD: New Options for Kids, Adults, and Clinicians by Richard P. Brown and Patricia L. Gerbarg, plus information on  diet, vitamins, and nutrients as well as mind-body practices.
Drawing on stories and anecdotes from their own clinical practice, these two physicians address the questions that are particularly important to those dealing with ADHD. Early chapters provide information about diagnostic issues and the scientific foundation for understanding the known causes of ADHD, as well as how different treatments may work and why. Multiple contributing causes of ADHD exist—genetic, nutritional, chemical, psychological, trauma-based, and environmental—and the authors explain how treatments need to be strategically combined and tailored to patients’ unique needs and sensitivities.

Later chapters present integrative strategies that combine the best practices of psychological treatments with herbs, nutrients, cognitive enhancers, mind–body practices, and brain stimulation. Throughout, the authors draw on the work of talented clinicians, yoga therapists, and teachers who have found creative, effective approaches to helping their clients who struggle with attentional problems.
Book excerpt here.
Audio discussion about essential concepts regarding the effects of stress, and methods to reduce stress with authors here.
Posted by Karen Carnabucci, MSS, LCSW, LISW-S, TEP at Wednesday, March 14, 2012 Links to this post

Complex systems: we are all connected

Ecologist Eric Berlow doesn't feel overwhelmed when faced with complex systems. He knows that more information can lead to a better, simpler solution. He illustrates the tips and tricks for breaking down big issues, which is applicable not only to U.S. strategy in Afghanistan (in this video) but it is also information that can apply to most "complicated" ideas -- including the way that we are interconnected.

It’s always wonderful when a teacher inspires her students enough to take the next step.

Our monthly Tarot classes last year at Lake House Health & Learning Center have been a joy to teach, with receptive students coming from Kenosha, Racine and Milwaukee to learn how the symbolic images of the Tarot are an amazing tool for personal growth.
Virginia Nuorala, a craftswoman and needle worker, came in one day with pretty purple drawstring bags to hold the deck of cards.  She keeps alert for interesting fabrics for her distinct bags which she custom embroiders your name or other pertinent words or phrases. Since then she’s fashioned roll-up Tarot mats which have placement blocks for a simple card layout; a third idea was birthed when she designed and made mats for work with the pendulum, which many people have found another helpful tool to discern subconscious wishes.
You can find her products at the Anything’s Possible shop at 237 Main St., Racine, where I’ll be doing a program on “Introduction To Tarot: How to Navigate 2012” from 5 to 7 p.m. See more details here.

My regular Tarot class, Tarot For Self Discovery, begins on Jan. 14 and continues the second Saturday morning of each month at Lake House Health & Learning Center. Details are here.

Tracy Bernhardt, another class member, had fun recently when she made a batch of Tarot cookies for a women-only Tarot party at a friend’s home. Tracy, who is a talented soap maker and craftswoman at Labyrinth Herbals who writes an occasional craft column for the Caledonia Patch, ordered edible printed wafer papers from an artist on Etsy and put them on frosted sugar cookies.
Tracy happened across the artist’s work about two months ago, first seeing sugared replications of the Old Maid game cards, which made her think of Tarot cards.  “I asked her if she'd make me some Tarot wafer papers and she did,” says Tracy. “It was a special order, but I think she liked how they turned out and is planning to list them in her Etsy store.”

At the party, a friend brought the deck that with images similar  to the sugar wafer pictures. Everyone drew a card and then ate the corresponding cookie.

Classes bring from six to 12 people from all walks of life to learn about the Tarot. It is not about fortune telling. Instead, we look at the images in the cards and ponder how they apply to our lives, wishes and goals – and we always have the responsibility to make our own choices. Participants have explored every topic imaginable – relationships, parenting, career change, weight loss and more. I refer my students to many Tarot books and sites depending on their interest with art, history, symbolic interpretations or psychology. One book that I frequently recommend is The Tarot: Methods, Mastery and More by Cynthia Giles.
One thing is for sure – Tarot is a great way to stimulate creativity! And that's what it's all about.

We are meant to be connected 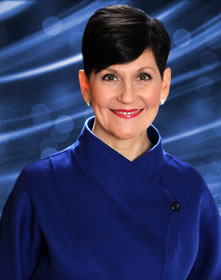 In Lynne McTaggart's new book, The Bond: Connecting Through the Space Between Us

, she says that nothing -- including humans -- exists independently and that we have an inherent need for belonging, agreement, giving, and taking turns.
Her views offer an entirely new scientific story is emerging that challenges our most basic premise: the sense of things as separate entities in competition for survival.
McTaggart is a best-selling author, researcher and lecturer whose work has often been described as “a bridge between science and spirituality.”
Here are some points she makes:

Her site is here and and you can find a thoughtful interview about this book here. This video shares more about her books and endorsers:

Teens talk: If you really knew me...

If You Really Knew Me is a MTV reality show based on the Challenge Day program, in which various high schools devote a day to examining and breaking down barriers between teens as they explore popularity, bullying, prejudice and cliques.

In one recent episode, a popular student council leader bonds with a meek freshman girl to seek a truce with a school bully. In another episode,  the students address the school's rumor mill and confront each other. In another, there are the preps, jocks, jicks, emos, stoners and others at Neenah High School in our very own Wisconsin.

The series is based on the popular Challenge Day program, which uses powerful experiential methods to help young people identify the roles that they have taken on  to survive life in school. They are able to risk to safely share their social experiences with their peers and make connections with each other on deeper levels than the superficial.

As a psychotherapist, I've worked with many, many adults who carry scars of painful bullying from their school years. Invariably, they want to express their pain and feel that someone is listening. Ultimately, we work together to discover healthy ways to feel genuinely powerful in the world today.

I  keep hoping there will be a movement in my home community to bring Challenge Day here. Although Challenge Day is not the all-purpose solution to feeling alone and marginalized, it certainly allows us to talk openly and learn the hearts and souls under the labels and stereotypes.

Get More: If You Really Knew Me, MTV Shows
Posted by Karen Carnabucci, MSS, LCSW, LISW-S, TEP at Thursday, July 07, 2011 Links to this post

Email ThisBlogThis!Share to TwitterShare to FacebookShare to Pinterest
Labels: bullying, If You Really Knew Me, MTV

The butterfly fable for parents and others: don't help too much 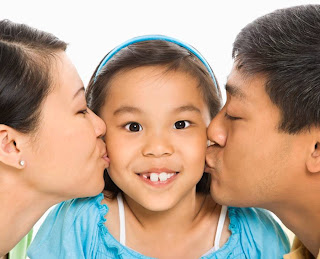 A man having lunch on a park bench noticed a chrysalis on a nearby tree branch. A large caterpillar was struggling mightily to emerge from the small opening of its cocoon. Feeling sorry for the bug, the man took out his pocket knife and use it to slice a larger opening, hoping to make the exit easier for the emerging butterfly. The caterpillar flopped out, fell to the ground and died.

When the man recounted his experience later during a conversation with a friend, his friend told him that the caterpillar – in the process of leaving the cocoon, pushing against its sides and struggling to move its body forward – converts certain tissues into muscle and strengthens its wings and makes its body slim and able to exit. Only then can it emerge to its new life as a beautiful butterfly.
I think of this story when I talk with parents who love their children so much that they want to make their children’s lives as easy as possible. Invariably, these parents “help” their children way too much, and the children are never able to build and exercise the muscles they need to become responsible adults.
Are you a helicopter parent – the kind of parent who pays extremely close a child’s experiences and tries to micromanage every aspect of your child’s life?
Remember the story of the caterpillar. You have the opportunity to give your child positive emotional health and being less dependent, neurotic and less open, a slew of personality traits that are generally thought of as undesirable. More here about helicopter parents from MSNBC.
Posted by Karen Carnabucci, MSS, LCSW, LISW-S, TEP at Friday, June 10, 2011 Links to this post